Are you a patient of The Orthopaedic Center?

Please take a moment and leave us a review by clicking the button below!

I had a total right hip replacement Dec. 30, 2019. Dr. Su did the surgery and it went good. Had one pain shot right after surgery and that was all the pain I had. Used the walker 3 days and then 3 days with a cane. I would like to thank Dr. Su and all his team for a great job. Been three weeks and still no pain and walking good. Couldn't ask for a better out come.

The Staff at the facility is pleasant. My wait was not long and the visit with Dr. Maddox was excellent. He listened and explained my injury and my plan of healing. Thank you!

I’ve seen Dr. Cantrell and Dr. Sabatini over the last three years. Both are amazing. I had an ankle surgery, knee surgery and surgery to repair my broken foot. Awesome surgeons.

I was very pleased with Dr. Rodriguez-Feo. He was very kind and understanding. His staff were very good to me.

Dr. Lincoln and his staff are very kind and helpful. Got another appointment in a few weeks. I recommend them

Dr. Greco is a wonderful doctor. Always very friendly on appointments and listens to my concerns. Very glad I had him to do my surgery and trust his opinion. The staff there is wonderful as well.

Dr. Howard Miller is a great doctor with a friendly manner. I trust his opinion and will follow his advice. TOC is a great facility.
Tom W.

Dr. Rodriguez-Feo was my doctor. I had No referrals and went in after a neck injury. He was AMAZING, He has the best manners, and is so kind-hearted. I had to have a major surgery on the SAME day I went in for the first time. I have MAJOR panic attacks so assuming you are going in for a quick fix and you hear Surgery now, Well, lets say my husband and I was both crying. This doctor sat in the room with us and explained things to us as a young couple to help calm me down and understand the procedure better. I WENT TO SEE HIM WITH NO USE OF MY HANDS AND ARMS, I came out of surgery with FULL USE. It's been 6 weeks today and I am FULLY recovered. HE has shown me that there are doctors that care. He followed up with me many times during my recovery. I WILL FOREVER BE GRATEFUL FOR HIS WORK ON MY NECK BUT MAINLY THE WAY HE CARRIES HIMSELF. Great doctor.

Six years ago I developed ankle pain in my ankle that got progressively worse in spite of trying ice, splints, anti-inflammatories, etc. I went to an orthopedic surgeon in the Huntsville area who diagnosed a ruptured posterior tibial tendon and recommended surgery to repair it. Unfortunately, the surgery failed, but he suggested I go to Dr. Deorio at TOC for further follow-up. Dr. Deorio explained that the reason the surgery failed was because I had flat feet, so Dr. D recommended that I have a 2nd surgery to repair the tendon AND, at the same time, to correct the flat foot. It was a difficult surgery and recovery, but I'm so glad I did it. Then, roughly five years later I was back in Dr. Deorio's office needing the same surgery on my other foot! I knew what I was facing in the recovery period, but I was determined to have it done- I did not want to be crippled the rest of my life! Now that I’ve now had both feet corrected by Dr DeOrio I look forward to recovering and finally being able to do the things I want to do! Dr DeOrio‘s team is fantastic!

Dr. Chris Parks is a very good surgeon. He really takes time to listen carefully and demonstrates compassion and empathy. I am so happy that I chose him as my surgeon for a total hip surgery! 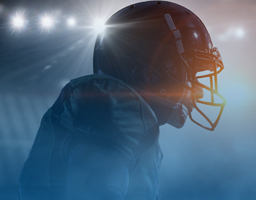